Let’s Talk About The F-Word

Don’t tell me you can’t reach your dreams, for F’s sake! And no, the F-word is not a swear word, but you should avoid it like one.

This time, the F stands for Fear. Fear of rejection, fear of failure, and even fear of success.

A study conducted in September 2016 shows that in America alone there are 6.3 million people who have a diagnosed phobia. Do you know that the same research found that 60% of the things people fear will never take place?

Now that is a scary thought. It doesn’t make sense to worry about things that are unlikely to happen, does it? Yet we do it.

Don’t get me wrong, fear exists for a reason. It’s the thing that stops us from jumping off a cliff. It’s a protective mechanism helping us to avoid pain. If we’re fearless, we’ll be reckless, so wanting to be fearless is silly. The key is not to let fear control us.

If we’re fearless, we’ll be reckless, so wanting to be fearless is silly. The key is not to let fear control us.

Where Does Fear Come From?

Most of our fears were born in our childhood. Whether we realize it or not, things that have happened ages ago still affect our lives.

Let me prove that to you.

Think about the time when you were a child. Would you say you had fewer fears? Have you climbed a tree without overthinking it, but being happy for it?

Would you do it now? Many of us wouldn’t.

We fear we might fall and get hurt. What’s more interesting is that some of us have never climbed a tree, because they were told by their parents and others around them that it’s dangerous.

But how would we know if we haven’t even tried?

Do you see how our beliefs and our behavior are a reflection of the fears of others?

Can you recall a situation when the people you love the most say to you “Maybe that’s not for you” or “Don’t do it, you’ll lose money”, “You’ll get hurt”, etc.?

The thing you need to realize is that those people have your best intentions at heart.

They really love you and it’s because of that they impose their fears on you. They simply don’t want to see you hurt and you need to appreciate that.

The truth though, is that they say those things because they don’t believe that they themselves can do the thing you want to do. In their minds what you want to achieve is impossible and they can become passionate when trying to convince you the thing is not worth it.

If you are not familiar with it, have a look at Sylvester Stallone’s life story.

Stallone had a lifelong ambition to become an actor. After tons of rejections, he got inspired to write his own film – the famous Rocky Balboa. For Stallone, it was an absolute must that he starred in the film. None of the producers wanted him to do that and a few even offered him more money not to play in the film.

It took one producer to finally give him a chance and Stallone fulfilled his dream.

Despite all the rejections, he never failed, as failure only occurs when we give up.

The Effects Of Fear In Our Lives

All the NO’s we’ve had over the years have shaped our belief system and the effects of that are showing up in our personal and business lives today. If you are a person who was often told to be quiet and wait until the adults finish talking, there’s a high chance that in a business environment you would fear to express an opinion. You can be the person with the greatest ideas, but if you don’t share them no one will ever know.

On the other hand, if you were given the chance to speak up and take initiative at a young age, you are likely to be a natural leader later in your life. People often use the phrase “born leader”, but leaders are not born that way. Leaders are developed through the environment they live in.

How we were treated as children has a massive impact on who we are as grown-ups. If you’ve had a rough childhood and find yourself afraid to follow your dreams, you’ll be pleased to know that you can re-wire your brain.

Like it is with addicts, the first stage is a denial of the problem.

If we want to make a huge leap forward in our lives, we need to rapidly move to the next stage – acknowledging the problem. The sooner we admit our fears, the sooner we can start dealing with them.

We need to constantly remind ourselves of who we really are. We are amazing and shouldn’t let anything or anyone convince us otherwise. Not even ourselves.

The only thing to fear is fear itself. 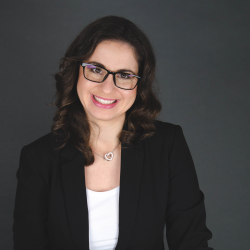 Follow Me
Eli Zheleva
I am a digital marketer with a passion for life. I believe that everyone can live a happier and more fulfilled life and am on a mission to help people achieve that.

I'm on the road to be a motivational speaker and a life coach. I'm also in the process of writing a book.

If you want to find out more about what influential people I've met and the knowledge they've shared with me, keep an eye on my website EliZheleva.com

“Ignite Your Wisdom,” The Latest Compilation Book By Ignite Publishing Became An International Bestseller In 7 Countries After A Successful Launch On May 14th, 2022