Your Brand Is An Expression Of What You Do, Not What You Say

If I’m any indication of the general tone of the marketing and branding conversation as a whole, there has been a renewed emphasis and attention to the concept of branding and brand building lately.

I recently received an email from Chris Brogan that talked about having no choice but to be a brand.

I saw a new ad campaign and branding effort from the Indianapolis Colts that focused on core Indiana values of family, respect, and hard work.

And, it feels like almost every organization or person is addressing their brand, having their brand dissected, or thinking about what a brand is.

Which is a great thing because a brand is really just a reflection of you and your business in the world.

Where all of these well-meaning efforts can go wrong is that these branding efforts are often meaningless because too often we think about branding from the vantage point of the words we say and not the actions that we take.

Which is entirely wrong.

For instance, how many of you have ever been on the phone for an extended period listening to the recording tell you: “Your call is very important to us.” All while you have been on hold for a half hour.

Maybe you are familiar with the story of Brian Williams, the man that used to be the anchor of NBC’s nightly news program, and how he shotgunned his career by telling lies about the nature of his war reporting, his being at the fall of the Berlin Wall, and several other stories.

In both instances, you see that words are meaningless without actions.

The challenge for any of us is making certain that our own brands don’t become lovely sounding ideas that have no meaningful action behind them.

To ensure that our brands are meaningless collections of words, let’s make sure that we back our brands up with actions, outcomes, and integrity.

Action: a lot of people talk about “hustling” or “crushing it” or some other buzz word that they hope will convey how hard they work, attaching hard work to their brand.

You can substitute any number of words for the two above and come up with a similar theme.

If you want to attach your brand to a specific idea, attribute, or philosophy, your actions are necessary.

An illustration of this idea lies in Seth Godin and his blog.

Seth is a huge advocate for sharing, teaching, and exchanging ideas.

The thing is, many people say that. Seth has followed through by posting a blog daily for over a decade, sharing one idea or thought each day, no matter what.

Outcomes: I’m fond of talking about how you need your brand to hold the place of one word in your audience’s mind.

For many people, the word is highly unspecific or focused on them, or isn’t consistent with the brand.

Which creates a feeling of dissonance between the brand and the audience.

For me, the answer to this is to try to focus your brand around the outcomes you produce.

Me, I am known as “The Revenue Architect.” That’s pretty clear. We are going to talk about, work on, and achieve revenue results.

If you were to research the famous consultant, Tom Peters, you would see that he has managed to build a career around one word: Excellence.

Everything Tom talks about and writes about and thinks about is seen through that lens of excellence.

Back in the 1970s, Raiders owner Al Davis coined a phrase, “Just win, baby!” This phrase came to define the team and for the decade of the 1970s, the Raiders were one of the most successful teams in the NFL with a personality and brand that matched the words that Davis spoke.

The key takeaway for you is that as you consider what your brand is and does, what is the one word or phrase that you want to be associated with?

Imagine someone woke up your best customer in the middle of the night and asked what you were known for, what would their answer be?

Integrity: I worry for the word integrity because like authenticity, it is thrown around with much too much ease these days and if we aren’t careful it can lose the impact and meaning that it needs to be meaningful.

In the context of a brand, integrity means that the outcomes, actions, and ideas your brand stands for and acts upon are consistent with what you have professed them to be.

The thing about integrity is that because it builds over such a long time, it usually draws your fans and audience to you more and more fully.

Which can mean you have leeway if you make a misstep.

Think about a brand like Patagonia that has built a business around solving environmental issues, causing no harm to the environment, and creates a connection to the community. When they close their stores on Black Friday so that their employees can spend time outside and not be on the treadmill of overheated commerce that is Black Friday, that is the height of brand integrity.

On the other hand, think about United Airlines and their recent run of incidents where their old slogan “Fly The Friendly Skies” was little more than a bad joke as there was a well-known incident of United having a passenger drug from an overbooked flight when they couldn’t come to a mutually agreed compensation package with the affected passengers.

Couple the overbooking incident with several other less severe incidents and you can quickly see the scorn that was reigned upon United was justified and even more justified when you add it together with the idea of “friendly skies” that was such a trademark of the United experience for so many years.

The key point being that integrity can cut both ways, building you up and tearing you down.

Which makes the need to build your brand around consistent actions all the more important. Because just telling people you are something doesn’t mean anything, showing them through your actions…that means everything. 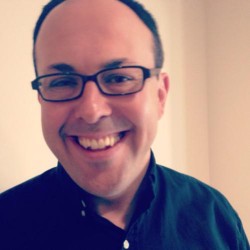 Anti-Bullying and Martial Arts Franchise, Warrior Island, Announces the Airing of Season 2 of Saga 1 of The Warrior Island TV Show and The Release of The Comic Book Issue #8